Which strategy is best to test new keywords and bids? 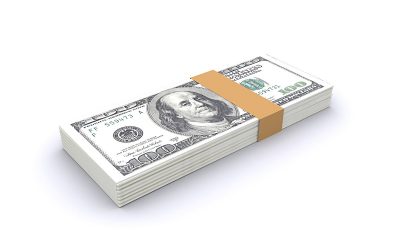 I wouldn’t do the second one. You’re not necessarily competing with yourself, but because of how keywords and bidding works, you are likely to win more bid auctions with the higher bid.

This will skew the results.

I don’t make a lot of ads. I don’t use a lot of keywords in an ad. This both makes it take less time analyzing and creating ads and lets me add keywords in small amounts later without creating another ad or waiting to use those keywords or products.

What I do for all testing regardless of the book or author is research.

I figure out who is the best fits author wise and series wise for the book/series I’m advertising. I make a manual keyword list and use broad/phrase/exact to control targeting on it.

Many times people are using keywords thinking they are targeting certain things when they aren’t. Bids are factored into this (you can see this with ranges for suggested bids.)

If your bid is low but you’re getting impressions and clicks, you might be targeting something else than you think or you could be targeting the right thing because it fits that bid.

This can make it where if you raise the bid, it could change the targets of what your bid is winning which can lower CTR and lower conversions.

On the flip side, bidding too low can get you targets that aren’t what you really want but if you raised the bid, you would hit the right targets.

Search term reports can help with this, but it’s not 100%.

With low bids, there’s an issue with scaling, for a few reasons, but one of the biggest is traffic.

If the keyword is triggering from a infrequently used search term or a book in the 6 or 7 figures of ranking, it doesn’t matter what you increase a bid to, you aren’t going to raise impressions unless your targeting with that keyword directs you elsewhere.

Some of the easiest keywords to scale are general terms that are still specific to your book and it’s audience. Think the genre like urban fantasy.

But this requires diligent negative targeting to keep the keyword from being shown with irrelevant search terms.

They might even click it, but they probably won’t buy it since they were specifically searching for reverse harem and your book isn’t.

And even if they buy or borrow it they are not likely to buy or even finish it unless it still ends up appealing to them. Though if they are expecting one thing and get another, annoyance can play a part in it.

So my method for testing that I do with every book I run ads for is:

1. Research the best targets. I do look over the previous ad data if recent ads have been running. And this can be a lot or it can be nothing.

Knowing your genre. Knowing what books and authors have close audiences to yours helps a lot with this.

Also boughts are less dependable, but can help you with finding places to keep digging.

I also gather a list of general keywords that are applicable. I use Rocket to search the term and it will often give me other variations that might be worth using. I’m careful not to overdo it with different variations and I use broad so I don’t repeat the same string of words.

I also use Rocket to determine up front good words to use for negative targeting.

This helps out an ad out of the gate, but I also keep this up to date by checking the search term report after a while.

When is based on how many clicks it’s getting and sales. I don’t do it every day. No time for that. Weekly often for ads that are spending a lot, at least monthly though.

I do not use Rocket to make keyword lists. I will search particular author to get the ASINs for their books and books like them, but that’s just because it’s faster than using the search function in the product targeting sponsored ads thing.

You don’t have to have the ASINs. It just makes it much faster.

Anyway, those are keywords. The number of keywords is dependent on your book and how many targets you have. I tend to only do 2 to 3 keyword ads to start. 1 is just general terms and tends to have between 10 to 20 keywords.

You can run an ad with a single general keyword (usually the genre) but I don’t like to do that if I’m running other general keywords because the 1 keyword ad is so effectively and easy to scale while the other one will not do as well as it would have with that other keyword included.

The other 2 to 3 kw ads I run tend to be specifically focused, and at least one is considered the test ad that I will add new KWs to.

Something as basic as best targets, good targets, and maybe targets works.

Or if you are in a specific niche, you can divide in other ways that are similar to this.